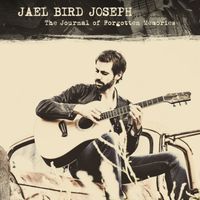 From the recording THE JOURNAL OF FORGOTTEN MEMORIES (2016)

My chocolate, she sought me.
In a week she had caught me.
And I'll forever remember the taste of her smile.

I was uncareful of how I spoke to others (how I treated them as well). I know that, sometimes, I was unkind.

I went one-eighty; I threw my junk out the door.
Now I can stand straight in line, just so you know.

Boys will be boys until girls come around to soften the ground around their feet.
And I was a boy until you came around to show me the man this boy could be.

Baby, I worry that when you're not with me, I'll go back to my old, old ways and slide.